“WHO DIED AND MADE YOU KING?”

I’m sure you’ve heard the smart retort “Who died and left you in charge?”  This phrase is generally uttered by someone who is resistant to guidance or direction from someone considered a peer.  It has also been rendered as “Who died and made you king?”

In the message of unmerited favor and grace, we find that by dying on the cross at Calvary/Golgotha, Yeshua became our sins, woes, diseases and problems in the sight of God.  At the same time, we became accepted as the righteousness of God.  “…we are sanctified through the offering of the body of Jesus Christ (Yeshua na Messiah) once for all.”  Hebrews 10:10

This sanctification is promised to us by God-the wiping way of our sins and unrighteousness, in return for believing that Yeshua was/is/is to come as the Son of God who died on the cross and was raised from the dead, by God.  There is no other, NONE, requirement to receive this free gift of unmerited favor and grace.

There are three deaths man may endure.  The first is physical death.  No one will escape this life, this world, except through physical death.  It has happened in the past, for example with Elijah, the Prophet. (And it came to pass, as they still went on, and talked, that, behold, there appeared a chariot of fire, and horses of fire, and parted them both asunder; and Elijah went up by a whirlwind into heaven.  And Elisha saw it…And he saw him no more…He took up also the mantle of Elijah that fell from him…2 Kings 2:11, 12, 13 KJV)  It is not likely to happen again.

Physical death is not to be feared if one accepts Yeshua into one’s heart as Savior.  Those who do will find everlasting life with God and Yeshua waiting for them after we cross the threshold of the living.  (“For God so loved the world, that he gave his only begotten Son, that whosoever believeth in him should not perish, but have everlasting life.”  John 3:16  KJV)

The other two deaths are to be avoided at all costs and God gives each person “free will” to decide whether or not to avoid them.  The first is spiritual death.  The same death that God warned Adam and Eve they had entertained by disobeying His order in the Garden of Eden. They had only to avoid the Tree of the Knowledge of Good and Evil and eat from the Tree of Life, or any other in the Garden.  Smitten by the wiles of the Devil, Eve partook of the forbidden tree, bade Adam to do the same and both were chastised by God with Spiritual death.

(And the LORD God commanded the man, saying, of every tree of the garden thou mayest freely eat:  But of the tree of the knowledge of good and evil, thou shalt not eat of it: for in the day that thou eatest thereof thou shalt surely die.  Genesis 2:16,17  KJV…Hast thou eaten of the tree, whereof I commanded thee that thou shouldest not eat?  Gen. 3:11 KJV…In the sweat of thy face shalt thou eat bread, till thou return unto the ground; for out of it wast thou taken; for dust thou art, and unto dust shalt thou return.  Gen. 3:19 KJV

And the LORD God said, Behold, the man is become as one of us, to know good and evil:  and now, lest he put forth his hand, and take also of the tree of life, and eat, and live forever; Therefore the LORD God sent him forth from the garden of Eden, to till the ground from whence he was taken.   Gen. 3:22,23  KJV  God originally intended for man to eat from the tree of life and live with Him forever.  Man’s disobedience brought the end, until the sacrifice of Yeshua, of that design.)

Yeshua taught “Woe unto the world because of offences!  for it must needs be that offences come: but woe to that man by whom the offence cometh!  Wherefore if thy hand or thy foot offend thee, cut them off, and cast them from thee:  it is better for thee to enter into life …maimed, rather than having two hands or two feet to be cast into everlasting fire.”  Matthew 18:8 KJV

(In flaming fire taking vengeance on them that know not God, and that obey not the gospel of our Lord Jesus Christ:  Who shall be punished with everlasting destruction from the presence of the Lord, and from the glory of his power.  2 Thessalonians 1:8,9)

The Apostle Peter tells us that we…

who once were not a people but are now the people of God, who had not obtained mercy but now have obtained mercy (2 Peter 5:10 KJV)…you also, as living stones, are being built up a spiritual house, a holy priesthood, to offer up spiritual sacrifices to God through Jesus Christ. (2 Peter 5:9 New King James Versi0n)

(See Acts 26:16, 18, where the Apostle Paul recounts his visitation and assignment from Jesus to become “a minister and a witness both of the things which you have seen and of the things which I will yet reveal to you…to open their eyes, in order to turn them from darkness to light, and from the power of Satan to God, that they may receive forgiveness of sins and an inheritance among those who are sanctified by faith in Me.”  See also 1 Timothy 6:15,16 from Paul to Timothy about…He who is the blessed and only Potentate, the King of kings and Lord of lords, who alone has immortality, dwelling in unapproachable light, whom no man has seen or can see, to whom be honor and everlasting power.  Amen. NKJV)

WHO DIED AND MADE YOU KING?

…from Jesus Christ, who is the faithful witness, and washed us from our sins in his own blood, And hath made us kings and priests unto God and his Father, to him be glory and dominion for ever and ever.  Revelation 1:6 KJV (SEE NOTICE BELOW)

…Thou art worthy to take the book, and to open the seals thereof:  for thou wast slain, and hast redeemed us to God by thy blood our of every kindred, and tongue, and people, and nation; And hast made us onto our God kings and priests: and we shall reign on the earth. Rev. 5:9, 10 KJV

…and has made us kings and priests to His God and Father, to Him be glory and dominion forever and ever.  Amen.  Rev. 1:6 NKJV (SEE NOTICE BELOW)

…And have made us kings and priests to our God; And we shall reign on the earth.  Rev. 5:10 NKJV  (See James 2:5-Listen, my beloved brethren:  Has God not chosen the poor of this world to be rich in faith and heirs of the kingdom which He promised to those who love Him?  Also see Exodus 20:5, 6″…For I, the LORD your God, am a jealous God, visiting the iniquity of the fathers upon the children to the third and fourth generations of those who Hate Me, but showing mercy to thousands, to those who love me…”  NKJV

We now easily see that the death and resurrection of Yeshua, becoming our sin and we becoming the righteousness of God, has indeed made us heirs to the kingdom as kings, and as priests!  As Paul told the Romans Jews,…The Spirit itself berth witness with our spirit; that we are the children of God: And if children, then heirs; heirs of God, and joint-heirs with Christ…  Romans 8: 16, 17 KJV.  He is King and has made us kings.

We close with a quote from Pastor, preacher, musician and brother, Deitrick Haddon…

“King” from Church On The Moon compact disc.

“…You are a winner!  You may have come from the slums, but you’re the one!  You were made in His image and glory.  You’re supposed to be-the leader of your home.  Please understand,…I believe that you can-Lead the way!.  Reach down in your soul, and you will reach every goal.  And the whole world will know-you are a king!”

“…If you don’t remember nothing else I said, gotta get this in your head-you are a king!” 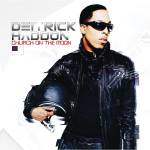 Go get his music today!

And make use of your unmerited favor, grace, and kingship!

ADDITIONAL RESEARCH, IN NUMBER IN SCRIPTURE, BY E. W. BULLINGER, MR. BULLINGER (1837-1913) INDICATES THAT THIS RENDERING IS NOT THE “…ANCIENT AND TRUE READING…”

He cites the “Revised Version” of the bible’s Revelation 1:5,6  available to him during his research thusly concerning the translations of certain Greek words in this New Testament book;

“And they sing a new song, saying, Worthy art Thou to take the book, and to open the seals thereof;  for Thou wast slain and didst purchase unto God men (emphasis his) of every tribe, tongue, and people, and nation, and maddest them to be unto our God a kingdom and priests:  and they reign upon the earth.”

In his footnotes, he says that “The word (heemas,) “us,” (emphasis his) goes out, with the authority of Lachmann, Tischendorf, Alford, Westcott, and Hort, the Revisers, and the Codex A.  It is true that the authorities are divided as to this word, but as they are unanimous (emphasis his) as to then other changes in the verse, this word necessarily (emphasis his) must go out as the result.”

Mr. Bullinger does not indicate an issue with the other verses that refer to the “kings” issue.  In my research of other bible texts for this article, namely the Amplified Topical Reference Bible, the New American Standard Bible, the Complete Jewish Bible An English Version by David H. Stern, ( in addition to The Original African Heritage Study Bible King James Version, Winston’s Original African Heritage Study Bible Encylopedia Concordance, and the Ever Increasing Faith Ministries Holy Bible New King James Version used for this article,) I have found that some use “kings” and some use “kingdom,” but all refer to the “us” that Mr. Bullinger demonstrates should be replaced to keep to the “ancient and true reading.”

I include this information with a sense that it will be helpful to all.  My apologies to readers who have difficulty with the Greek words, or the ensuing expanded length of the article.

Mr. Bullinger’s work is cited below for further reference and, for much informed reading about numbers and, as he put it, “The hand that made us is divine.” (emphasis his)  His book is truly inspired reading.  I recommend it to all for the truths uncovered have practical application in every walks of life.

One thought on ““WHO DIED AND MADE YOU KING?””

Error: Twitter did not respond. Please wait a few minutes and refresh this page.